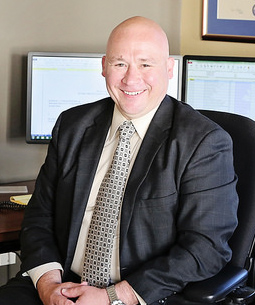 William L. Henn is a founding member of Henn Lesperance PLC. He regularly represents clients—including government entities, individuals, corporations and health care professionals—at all levels of state and federal courts throughout Michigan. Mr. Henn also acts as corporate counsel for numerous government entities throughout the state of Michigan. Prior to entering private practice in 2001, Mr. Henn served as a law clerk for the Honorable Richard F. Suhrheinrich of the United States Court of Appeals for the Sixth Circuit.

In his law practice, Mr. Henn is guided by the need to pursue justice wherever it leads, to be consummately diligent in all aspects of client representation, and to act at all times with the highest level of professionalism and ethics. Mr. Henn believes that the pen is mightier than the sword, and that underlying even the world’s greatest complexities are simple truths. Mr. Henn strives in his advocacy to identify and convey those simple truths, as they are the gateway to successful resolutions of legal problems.